Climax Bangkok where the party never stops! Unless the soldiers come… 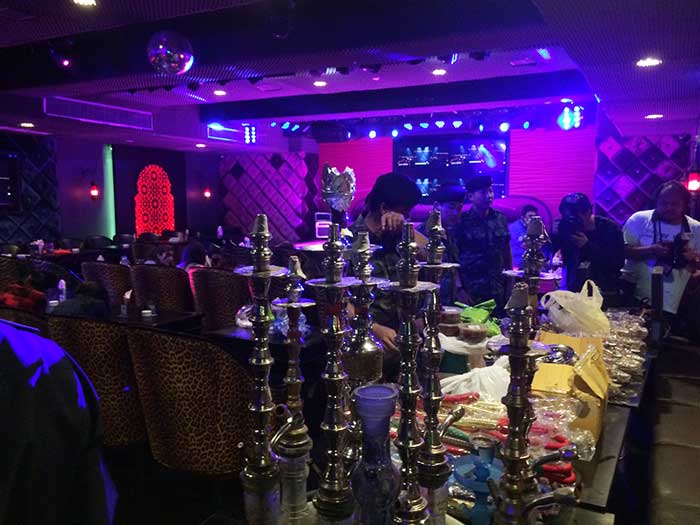 One was the after hours meeting place Climax that advertises itself on the internet “where the party never stops”, reported tnamcot.

The raids were conducted after members of the public complained about after hours opening.

Climax was indeed opening after hours as were Daawat Indian Restaurant and Nightclub on the lobby floor of the same Ambassador Hotel complex in Soi 11 as well as the Beam Pub in Thong Lor, Soi 55.

At Daawat the raiding party found 40 illegal shisha pipes and 2.6 kilos of shisha tobacco and ten foreigners without their passports.

At Beam 150 urine tests for drugs were carried out with one foreigner charged after coming up purple for a positive result.

All three venues were charged with opening after hours with Daawat facing further charges for the shisha offences.

0
0
0
0   0
previous "Please don't let me be a widow when I am still young" - Adult star "Nong Nat" waits at sick Harold's side
next Fast track Immigration Scam: In and out of Thailand for 50 baht - no passport required!